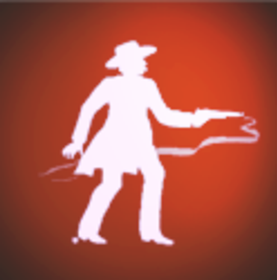 ** 2 Incentive guns per Round, one in the Open League and One in the Sub Gauges (for a total of 16 incentive Guns). You only need to be current on your shooting in ONE of the Sub Gauges to qualify for incentive guns, EXCEPT FOR AUGUST INCENTIVES AND THE GRAND PRIZES. For those you will need to have shot all 8 Rounds in each League and Gauge entered.

Clad in OD Green and walnut – these shotguns stand out without being ostentatious. The muted green Cerakote finish makes them ideal for field work, increasing their hardiness and making them near impervious to the elements.

The stand-out feature of this series of scatterguns is a small but revolutionary addition to the ejector/extractor of the break-open variants. To make them more ideal for use in a duck blind or while handling dogs and equipment in the field, each of the All-Terrain over/unders and side-by-sides has a set of rare earth magnets installed in their extractor or ejectors. With these magnets in place, most modern shells are retained in the gun even when the gun is turned upside down. This makes loading them easy in a pit blind or boat, and never will a dog-handler accidentally dump shells out of their gun while bending over to work with their dog.

Equipped with sling swivels and extended chokes, these shotguns are ready to chase birds – from doves and ducks to turkeys and grouse!

This year we have 4 Divisions with 4 Separate Grand Prizes.

All 4 gauges will be scored separate and all shooters that finish each gauge will qualify for a CZ All-Terrain Series Shotgun in either 12 or 20 gauge by random draw at the end of the League.

There will be 16 guns given away by random draw to shooters that stay up to date with their targets.